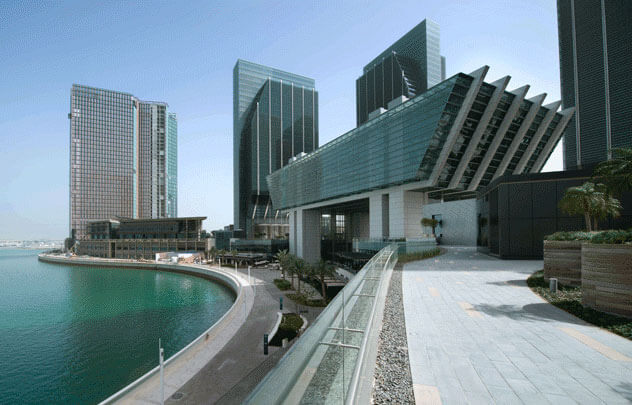 Abu Dhabi Global Market (ADGM), the International Financial Centre in Abu Dhabi, today announced amendments to its founding law, Abu Dhabi Law No. (4) of 2013 Concerning Abu Dhabi Global Market (Founding Law). The amendments reflect not only the alignment of ADGM’s framework and operations with international best practice and standards, but they also demonstrate the close and collaborative partnerships that ADGM has formed in its early years with governmental partners, in particular, the Abu Dhabi Judicial Department (ADJD) and the Department of Economic Development (DED). The changes to the Founding Law highlight ADGM’s transformation into a thriving and sustainable financial ecosystem.

This development will be welcomed by the local and global business and investor communities. The importance of these amendments, from a commercial regulatory perspective, include: formalising the dual licensing regime created with the DED which enables ADGM entities to establish branches, subsidiaries or representative offices in Abu Dhabi without needing a place of residence outside ADGM; and obliging legacy entities licensed by the DED on Al Maryah Island prior to the establishment of ADGM to surrender their licences and obtain an ADGM licence.

The majority of the amendments relate to the enhancement and strengthening of ADGM’s dispute resolution framework, particularly the jurisdiction of ADGM Courts, including: allowing parties to select ADGM Courts to determine their disputes without any connection with ADGM; reinforcing the status of ADGM Courts as courts of the Abu Dhabi judicial system; providing for ADGM Courts’ judgments to be issued in the name of the Ruler of Abu Dhabi; recording the successful framework for the reciprocal enforcement of judgments between ADGM Courts and the ADJD; and clarifying that ADGM Courts’ judgments will not be used for the enforcement of non-ADGM judgments and arbitral awards in other jurisdictions.

ADGM Courts have published a Guide to the amendments and the policy behind them in order to provide a deeper understanding and appreciation of these amendments to ADGM’s dispute resolution framework.

H.E. Ahmed Ali Al Sayegh, Minister of State (UAE) and Chairman of ADGM, said: “I am delighted that our commitment and thorough work in building and strengthening our regulatory and dispute resolution regimes over the past 5 years, including our close collaboration with our strategic partners in Abu Dhabi, is now reflected in the amendments to ADGM’s Founding Law. These amendments reinforce ADGM’s position as a thriving international financial centre with a robust and progressive regulatory framework and a healthy track record in providing game-changing innovation. Our partners, businesses and investors can rely on us to seize every opportunity possible to foster their development and long-term growth.”

Commenting on the amendments to ADGM’s Founding Law from ADGM Courts’ perspective, Lord David Hope, Chief Justice of ADGM Courts, stated: “In a very short space of time we have earned a reputation as international common law commercial courts that have transformed the delivery of judicial services through the innovative and unique use of technology. These changes to the Founding Law record our acceptance as a judicial system that is respected, transparent, reliable and accessible. I am grateful to our partners and stakeholders who have encouraged and supported our development, and particularly Abu Dhabi Judicial Department who have collaborated with us to ensure the effective and efficient enforcement of judgments in Abu Dhabi. We will continue to work tirelessly to ensure we contribute to the excellence in judicial standards across the UAE”