SALT’s first global thought-leadership forum in the Middle East in Abu Dhabi concluded its first two days of activities at the landmark Emirates Palace, with over 50 sessions and over 200 globally renowned speakers hosted. In a strategic partnership with Abu Dhabi’s award-winning international financial centre, Abu Dhabi Global Market (ADGM), the conference gathered around 1,000 leading global business professionals to focus on global collaboration opportunities at the intersection of finance, technology and geopolitics. The third and final day, set to kick off on December 11 at the Emirates Palace, will conclude the first-of-its-kind conference in the region.

This edition of SALT has been set to address important economic themes including how Abu Dhabi and the UAE is playing a vital role in augmenting the county’s commitment to create robust and sustainable growth locally and globally. Many of the sessions and panels have so far explored new ways to expand their reach to global standards and promote sustainability as they support the growth of the nation’s business centre.

Day One of SALT Abu Dhabi

As conference kicked off at the Abu Dhabi Global Market Authority Building in the afternoon, SALT Abu Dhabi was initiated with a networking welcome reception followed by its first fireside chat of the SALT Abu Dhabi conference with Mohamed El Erian, Chief Economic Advisor of Allianz and moderated by Dan Murphy, Anchor from CNBC International. During the session, Mohamed El Erian explored the current state of the global economy; both opportunities and disadvantages alike. He also emphasized on the importance of changing the business game through providing innovative products and restructuring business models. The evening was concluded with an invitation-only dinner at Café Milano at the Four Seasons, with esteemed guest, His Royal Highness Prince Turki Al Faisal, Chairman of the King Faisal Center for Research and Islamic Studies, in attendance. The second day of the highly anticipated conference was packed with a number of panel sessions and keynotes, with welcome remarks delivered by Anthony Scaramucci, Founder and Managing Partner of SALT and Rachel Pether, Senior Advisor from the Sovereign Wealth Fund Institute. This was followed by a fireside chat with His Excellency Ahmed Ali Al Sayegh, Minister-of-State (UAE) and Chairman of ADGM, moderated by Martin L. Edelman, Senior of Council, Paul Hastings LLP, where insights were revealed about Abu Dhabi’s strategic location and the capital in general. An important keynote was also delivered by Waleed Al Mukarrab Al Muhairi , Group Deputy Chief Executive Officer of Mubadala Investment Company, on the progress the region has been making in terms of the global investment landscape.

Other sessions throughout the day included: “The Future of Europe”, with Philip Hammond, Former Chancellor of Exchequer and Matteo Renzi, Former Prime Minister of Italy, and moderated by Gideon Rachman, Chief Foreign Affairs Commentator of the Financial Times; “Peak Performance: Behavioral Phycology” with Dr. Adrian, Head of Behavioral Phycology at Stamford Associates; and “The Future of U.S.-Arab Relations” with Richard Haass, President of the Council on Foreign Relations, Norman Roule, CEO of Pharos Strategic Consulting LLC, Dr. Dania Koleilat, Affiliated Scholar from Issam Fares Institute, moderated by Editor-in-Chief of Arab News, Faisal Abbas, amongst many other sessions held throughout the day.

Yet to Come, Day Three 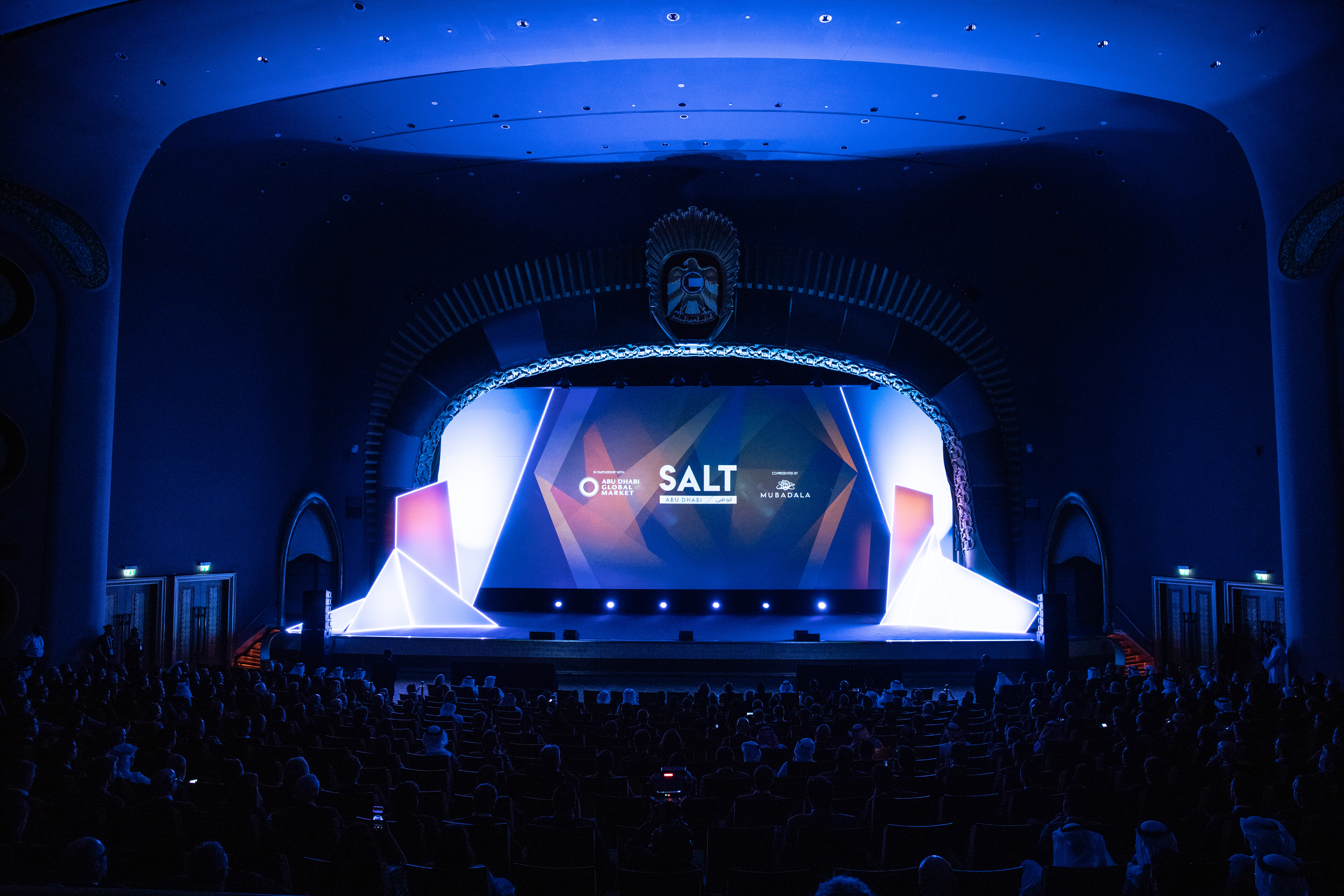 Yet to commence on the final day, SALT Abu Dhabi is still expected to see further discussions on “Healthcare Innovations”, delivered by H.E. Dr. Hawaa Al Thahak Al Mansoori from the United Arab Emirates Federal National Council and an invitation-only event where guest speaker Kirstjen Nielsen, United States Secretary of Homeland Security from 2017-2019 will deliver a keynote. Many other sessions panels on Day Three are expected to discuss topics such as venture capital opportunities, the Middle East entrepreneurship Boom, artificial intelligence (AI), how family offices are driving innovation, on alternative investments in sovereign wealth management and other major investment advantages and opportunities in Abu Dhabi and the UAE.

Over the years, SALT has been considered one of the largest business and economic platforms in the world, hosted in many countries including the United States, Hong Kong and Singapore. This year, the decision to choose the UAE as host country for SALT derives from the country’s strong positioning through its various pioneering country visions as well as its role as a global hub. SALT Abu Dhabi will continue until December 11, 2019. SALT to begin in Abu Dhabi in partnership with ADGM