Abu Dhabi Global Market (ADGM), the International Financial Centre in Abu Dhabi, is pleased to announce that the JOCIC Financial Shareholding Limited (JFSL)has been granted a commercial licence in ADGM. JFSL will be working closely with ADGM to support Belt and Road initiative and the growth ambition of Chinese enterprises in the MENA region. 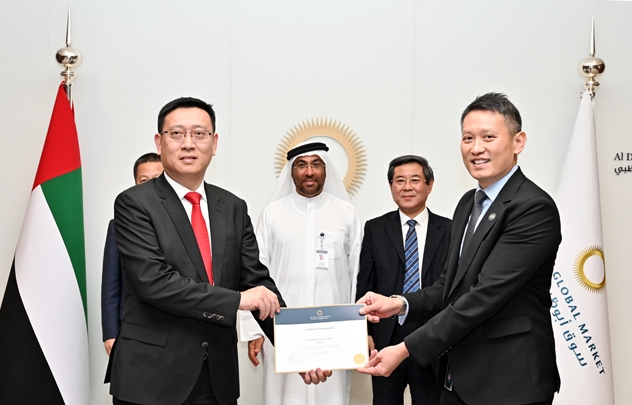 The licence was presented during a visit by Mr Li Kanzhen, Director of the National Development and Reform Commission Jiangsu to ADGM on 18 April 2019, hosted by H.E. Ahmed Ali Al Sayegh, Minister of State (UAE) and Chairman of ADGM and Richard Teng, CEO of the Financial Services Regulatory Authority of ADGM. 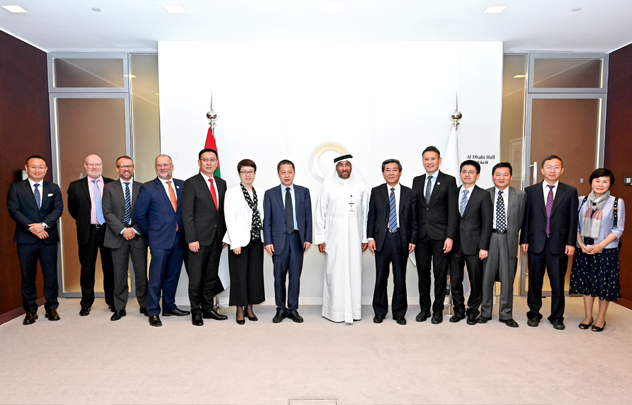 This development was a follow-up of the agreement between ADGM and the China-UAE Industrial Capacity Co-operation Demonstration Zone* (‘the Demonstration Zone’ led by the Jiangsu Provincial Government) in July 2018 to further enhance the China-UAE economic ties and advance mutually beneficial collaborations. The agreement was exchanged in the presence of Mr Xi Jinping, President of the People’s Republic of China and His Highness Sheikh Mohammed bin Zayed Al Nahyan, Crown Prince of Abu Dhabi and Deputy Supreme Commander of the UAE Armed Forces, at the Crown Prince’s Court during the state visit by the Chinese State Leader and his Ministerial delegation to Abu Dhabi.

Richard Teng, CEO of the Financial Services Regulatory Authority of ADGM said: “Today’s event marks a significant milestone in Abu Dhabi’s commitment with China and ADGM’s achievements with the Chinese’ business and financial community. As an International Financial Centre, we remain committed in enhancing the cross-border connectivity and creating new opportunities between the two economies. We will support anchoring more Chinese enterprises in Abu Dhabi and ADGM as part of the Belt and Road ambition.”

Mr Li said, finance remains critical for strong industrial development. Jiangsu and Abu Dhabi have good complementarities in terms of resource endowment and economic structure. Both sides are keen to advance industrial restructuring and economic transformation. It is now best time to further strengthen financial cooperation under the “Belt and Road” framework.

The National Development and Reform Commission Jiangsu, as the supervisory authority of the “China-UAE Industrial Capacity Cooperation Demonstration Zone”, will continue the efforts around the financial service platform being constructed in ADGM to support “the Demonstration Zone”. Today, JOCIC Financial Shareholding Limited received commercial license from ADGM, and this is to further push the whole national joint entrepreneurship ahead. In the future, it will vigorously carry out diversified tasks to support the development of “the Demonstration Zone”, companies anchored in it and capital raising, as well as set a very promising future for long-term partnership between Jiangsu and Abu Dhabi.

Abu Dhabi Global Market (ADGM), an international financial centre (IFC) located in the capital city of the United Arab Emirates, opened for business on 21 October 2015. Established by a UAE Federal Decree as a broad-based financial centre, ADGM augments Abu Dhabi’s position as a global hub for
business and finance and serves as a strategic link between the growing economies of the Middle East, Africa and South Asia and the rest of the world.

ADGM’s strategy is anchored by Abu Dhabi’s key strengths including private banking, wealth management, asset management and financial innovation. Comprising three independent authorities: ADGM Courts, the Financial Services Regulatory Authority and the Registration Authority, ADGM as IFC governs the Al Maryah Island which is a designated financial free zone. It
enables registered financial institutions, companies and entities to operate, innovate and success within an international regulatory framework based on Common Law. Since its inception, ADGM has been awarded the “Financial Centre of the Year (MENA)” for three consecutive years for its initiatives and contributions to the financial and capital markets industry in the region.*