Ahmed Jasim Al Zaabi: The Election of H.H. Sheikh Mohamed Bin Zayed as the UAE’s President is a testament to the Nations’ resolute for building on the legacy 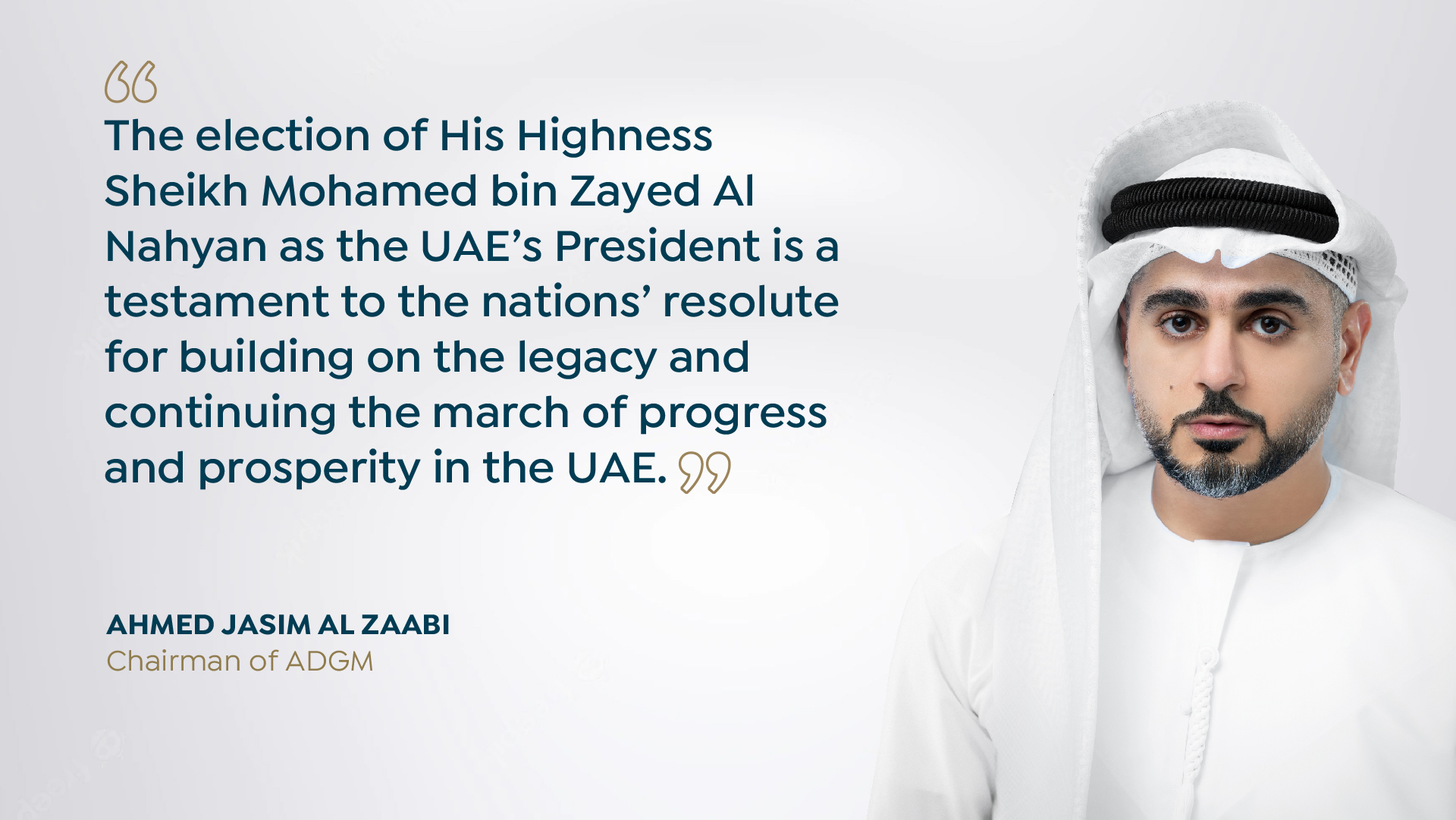 Abu Dhabi Global Market (ADGM) is pleased to extend its warmest congratulations to His Highness Sheikh Mohamed bin Zayed Al Nahyan for being elected unanimously by members of the Federal Supreme Council as President of the United Arab Emirates.

On behalf of Abu Dhabi Global Market, His Excellency Ahmed Jasim Al Zaabi, Chairman, pledged his allegiance and loyalty to His Highness Sheikh Mohamed bin Zayed Al Nahyan, and said: “The election of His Highness Sheikh Mohamed bin Zayed Al Nahyan as the UAE’s President is a testament to the nations’ resolute for building on the legacy and continuing the march of progress and prosperity in the UAE. We, at ADGM, extend our heartiest congratulations and declare our allegiance and loyalty to him. We pledge to continue serving the nation with great candour and perseverance under his leadership and stewardship. His wisdom and guidance will shape the next chapter of UAE’s great march forward.”

He further added, “As the driving force behind a large number of achievements in the UAE, great things are to come under his governance in the future. It is our commitment to support the UAE’s development and growth efforts as he carries on the bequest of late President His Highness Sheikh Khalifa bin Zayed. May Allah Almighty bless him as he picks up the torch from his wise brother in serving his country and nation.”