6 March 2016, Abu Dhabi, UAE: ADGM had a successful 1st week of March with its participation and support at the NBAD’s Global Financial Markets Forum (GFMF) 2016. 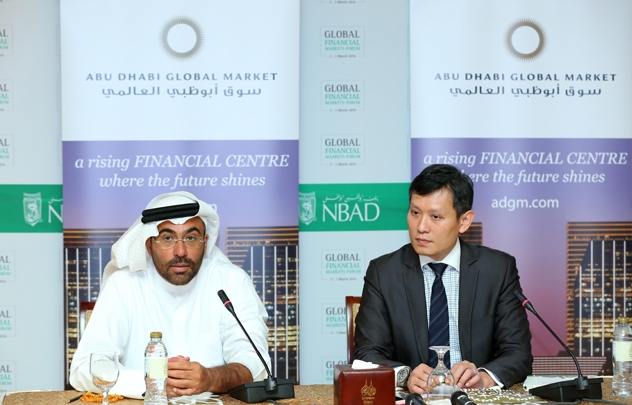 H.E Ahmed Al Sayegh, Chairman of ADGM, delivered the keynote address at NBAD-GFMF 2016. HE Ahmed focused on ADGM's achievements, plans for the region and commitment to local businesses and international institutions seeking to expand their presence via ADGM. The whole speech can be viewed at this link.

ADGM was also invited to the CNBC’s SquawkBox Programme to talk about its mandate in establishing an international financial centre. Representing ADGM was Richard Teng, CEO of the Financial Services Regulatory Authority (FSRA), who was interviewed on “live” news. The interview can be viewed at this link.

On the same day, ADGM also held a fruitful media briefing with more than 20 local and international media. ADGM was positively and extensively featured in almost all media the following media.

The GFMF served as a timely platform for the Registration Authority and FSRA to reach out and engage with local and international financial stakeholders.