Abu Dhabi Global Market (ADGM), the International Financial Centre in Abu Dhabi, is pleased to announce the appointment of the Hon. Sir Michael Burton and the Hon. Sir Andrew Smith as Judges to Abu Dhabi Global Market Courts (ADGM Courts). The new Judges bring to a total of eight the number of highly experienced and respected judges appointed to ADGM Courts, with the Right Honourable Lord David Hope of Craighead KT as Chief Justice. ADGM Courts is one of the three independent authorities within ADGM. 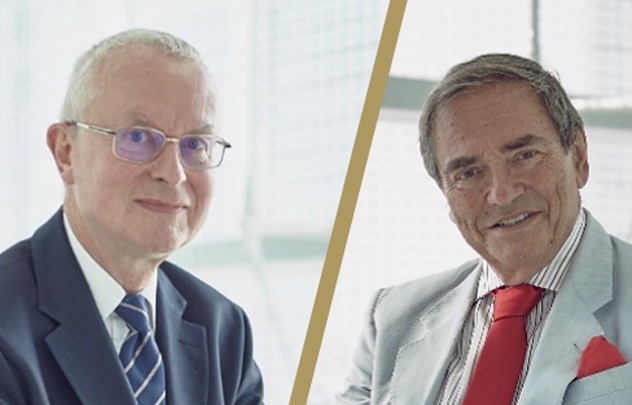 The two new Judges will preside over cases in the Court of First Instance, where they will add further depth and expertise to the Civil and Employment Divisions of that Court. Equipped with state of the art facilities and technology, the Judges will be able to manage their civil and commercial case-load to ensure the most timely and cost-effective resolution of cases within ADGM Courts’ common law framework.

Commenting on the appointments, His Excellency Ahmed Ali Al Sayegh, Chairman of ADGM, said, “ADGM’s commitment to providing an outstanding bench of judges drawn from the most senior levels of the judiciary of the world's leading common law jurisdictions has been further demonstrated with the appointment of these two highly respected and qualified judges. The calibre of the judges of ADGM Courts resonates with ADGM’s recognition as a leading international financial centre. As an integral member of Abu Dhabi’s judicial system, ADGM Courts will continue to play their part in bolstering judicial cooperation at local, federal, regional and international levels.”

The Right Honourable Lord David Hope of Craighead KT, Chief Justice of Abu Dhabi Global Market Courts, commented, “It is with immense pleasure that I welcome our two new judges to ADGM Courts. Litigants before ADGM Courts can be assured that their civil and commercial disputes will be determined by judges of outstanding expertise and experience. Their long standing judicial service will ensure that ADGM Courts will be a highly respected jurisdiction, echoing the strong traditions of the common law.”

ADGM was recently voted as the “Financial Centre of the Year (MENA)”, by a prestigious independent panel of industry judges and awarded by the prominent Global Investor/ISF publication, in recognition of its contributions and achievements as an international financial centre. ADGM was lauded for its efforts in adopting digital platform and services across all three authorities, the Financial Services Regulatory Authority (FSRA), the Registration Authority and the ADGM Courts. This strong endorsement by the capital markets industry of ADGM within its first year of operation bears testament to its attractiveness and value proposition as an international financial centre.

The Hon. Sir Andrew Smith was appointed to the Queen’s Bench Division of the High Court of England and Wales in July 2000. Shortly after his appointment he was nominated by the Lord Chancellor to sit in the Admiralty Court and in the Commercial Court. Between 2003 and 2006 he was Presiding Judge of the North Eastern Circuit, with responsibilities for all the courts in the Yorkshire, Humberside and the Tyne and Weir areas of England. His skills and experience as a commercial judge were recognised when in 2008 he was appointed to be the Judge in Charge of the Commercial Court for an extended period, in order that he should supervise reforms to the Court’s new procedures that were introduced following the Report on Procedures for Long Trials.