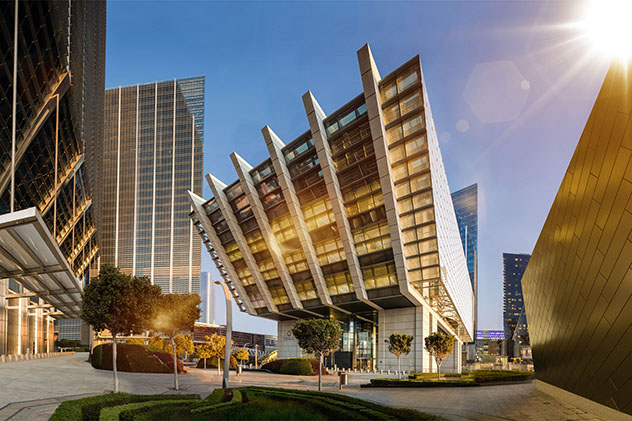 Despite the impact of the COVID-19 pandemic, ADGM continued to post steady growth across its three authorities, the ADGM Financial Services Regulatory Authority (FSRA), the ADGM Registration Authority (RA), and the ADGM Courts. As a result of these efforts, ADGM increased the number of registered licences by 43%, totalling 3,211 by year-end 2020. Assets under management increased by 193% throughout the year, to end the year totalling over USD 85 billion.

H.E. Ahmed Ali Al Sayegh, Minister of State (UAE) and Chairman of ADGM, said: “The year 2020 had been a trying period for the UAE and its community. However, the timely intervention and invaluable responses from the UAE leadership, the Abu Dhabi government and authorities have helped the country and its people to overcome the challenges brought on by the pandemic. The UAE economy is also well underway to recovery and further growth.

Despite the strong headwinds from the pandemic, ADGM grew to become more agile and responsive to the needs of its stakeholders and customers. We have achieved better results and developments than expected this year. We had welcomed the successful amendment of ADGM’s Founding law, launched several transformational initiatives, formed historical partnerships, and also established greater outcomes in the FinTech, arbitration, sustainable finance and academy fronts. I would like to express my sincerest gratitude to the Abu Dhabi leadership and government, our partners and customers for their unwavering support of ADGM. All these are possible only because of their trust and vote of confidence in us.

2020 marks the fifth year in operations for ADGM as an International Financial Centre. The ADGM team is committed to better serve the needs of its community, and will continue do our part in bolstering the financial development, growth and economic sustainability of Abu Dhabi and the UAE. We look forward to 2021 with anticipation and great hope for our nation.”

ADGM, which marked its 5th anniversary in 2020, capped the year by hosting the fourth edition of its flagship event, the FinTech Abu Dhabi Festival, along with the Central Bank of the UAE (CBUAE). Attracting more than 7,500 delegates from over 110 countries, 2020’s edition held in a virtual format was the most successful yet. Over a three-day period, FinTech AD convened the world’s foremost policymakers, regulators, investors and FinTechs to a digital platform and hosted several leading initiatives, such as the Government FinTech Forum, the FinTech100 and the Innovation Challenge.

Showcasing the ADGM FSRA’s growth as a financial regulator in 2020, this year also saw the official launch of the ADGM Digital Lab, an initiative that enables the rapid prototyping and adoption of digital solutions that can aid businesses in overcoming their pain points and accessing new market opportunities.

A highpoint during 2020 was the expansion of the ADGM Academy through a co-operation agreement with the Human Resources Authority (HRA) and First Abu Dhabi Bank (FAB) and the Abu Dhabi Commercial Bank (ADCB) to create an education platform aimed at young Emiratis. The four institutions will work together to launch The Bankers Programme, a new initiative aimed at supporting the government’s requirements for vital professions set by the UAE Central Bank and in line with fab’s talent employment and management requirements.

In August, history was made with the signing of the historic Abraham Accords between the UAE and Israel. The ADGM FSRA charted a new channel of regional cooperation, inking a number of agreements and memoranda of understanding with leading Israeli regulatory and financial institutions, including Bank Hapoalim and the Israel Securities Authority.

ADGM also expanded its network of partners in 2020 through new arrangements with globally recognised institutions and regulators such as the Aurora50, Abu Dhabi Exports Office, the International Renewable Energy Agency (IRENA), Companies House Gibraltar, the British Virgin Islands Financial Services Commission, and ArbitralWomen, among others. By the year end, ADGM had entered into a total of 208 MoUs, including 88 International MoUs and Statements of Cooperation (SoCs).

Looking to ADGM’s judicial efforts in 2020, the IFC enacted amendments to its Founding Law, strengthening ADGM’s dispute resolution framework and its position as a UAE court, together with confirmation of ADGM’s status as an “opt-in” jurisdiction and the codification of the enforcement framework with Abu Dhabi. Amid the pandemic, the ADGM Courts launched a pro bono scheme to provide legal assistance to individuals regardless of their financial status. The ADGM Courts also received a record number of 52 cases filed throughout the year, equating to USD 208 million in value.

Complementing this growth, the ADGM Arbitration Centre (ADGMAC) launched the Panel of Arbitrators, a resource that parties and their advisors can consult when selecting an arbitrator. As a result of these efforts, the ADGMAC was recognised as the “Jurisdiction that Has Made Great Progress” by the Global Arbitration Review (GAR) Awards 2020.

Furthering ADGM’s commitment to offering world-class dispute resolution services, in December, ADGM and The International Court of Arbitration of the International Chamber of Commerce (ICC Court) announced the opening of a case management office for the ICC Court Secretariat, which will benefit users in the Middle East, the Gulf and beyond.

The year 2020 showcased ADGM’s commitment to its community members through various support and relief measures introduced in light of the COVID-19 pandemic. These measures included an array of fee reductions, waivers and refunds, including a 100% waiver on continuation fees, annual fund fees and commercial licence renewal fees, and a 50% waiver on any new supervision fees, a 50% refund of supervision fees, and a 50% reduction on the incorporation fee for new ADGM companies. ADGM marked its five-year anniversary this year with a special report showcasing the IFC’s growth and milestones as well as the innovations it has adopted since its establishment.