Abu Dhabi, UAE 5 October 2015: Abu Dhabi Global Market (“ADGM”), the international financial centre in Abu Dhabi, today announced the appointment of The Right Honourable Lord David Hope of Craighead as Chief Justice of Abu Dhabi Global Market Courts. Lord Hope will be responsible for presiding over ADGM’s legal framework through ADGM Courts of the First Instance and of Appeal. The Courts represent one of the three independent authorities within ADGM and will have jurisdiction over civil and commercial disputes on Al Maryah Island, the jurisdiction of ADGM. 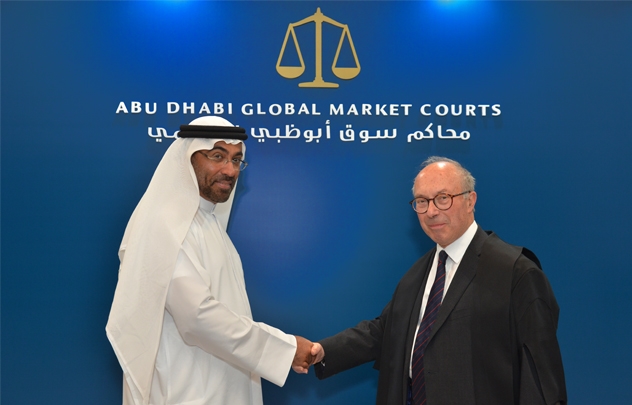 Commenting on the appointment, His Excellency Ahmed Ali Al Sayegh, Chairman of ADGM, said: “We are delighted and privileged to have Lord Hope join us as Chief Justice for our Courts. Lord Hope is one of the most respected and experienced senior judges in the UK. His appointment is a testament to our resolve and commitment to delivering a truly world class international financial centre. Lord Hope will be instrumental in ensuring that our member institutions will be fully supported by ADGM’s robust and reliable international legal system when we become fully operational later this year.”

Lord Hope commented: “It is a very real personal honour for me to have been appointed to lead the setting up of Abu Dhabi Global Market Courts as their Chief Justice. Our aim is to establish an independent and first class judicial system, equipped with world class judges of unrivalled experience and integrity, to serve the needs of Abu Dhabi Global Market as a business-friendly and well regulated centre for global commerce.”

He added, “We will be working with the legal community and others locally, regionally and internationally, to ensure that our courts are as up to date, efficient and accessible as possible. We will be guided at all times by the ADGM’s core values of respect, trust, performance and responsibility. I look forward very much to meeting the challenges that lie ahead and making the best use of our opportunities in this exciting new environment.”

Lord David Hope of Craighead is one of the most respected UK judges with over 50 years of legal, judicial and parliamentary experience. He was a member of the UK’s highest courts for 24 years prior to his retirement in 2013. He is currently the Convener of the Cross Bench Peers in the House of Lords of the UK Parliament.

In recognition of his contribution to public office and as a chivalric honour, Lord Hope was appointed a Knight of the Order of The Thistle by Queen Elizabeth II in 2009. He is also an Honorary Bencher of Gray’s Inn and a Fellow of the Royal Society of Edinburgh. He is the author of the title on arbitration law in the Stair Memorial Encyclopaedia of Scots law.