26 July 2017, Abu Dhabi, UAE/Paris, France: Abu Dhabi Global Market (ADGM) is pleased to announce the establishment of an arbitration hearing centre on Al Maryah Island by early 2018. This significant milestone augments the recent development and agreement with world-leading arbitral institution, the International Court of Arbitration of the International Chamber of Commerce (ICC Court), to launch its Middle East representative office in ADGM. 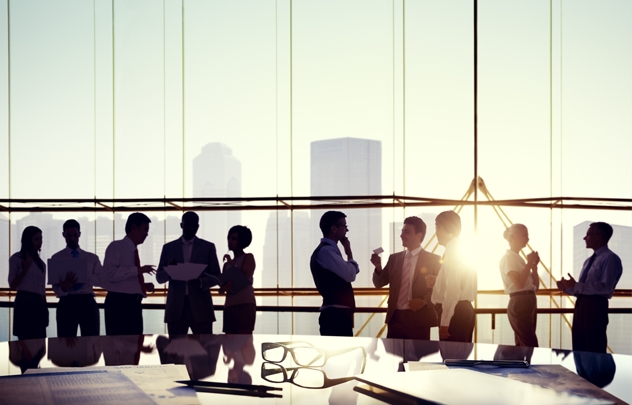 The ADGM Arbitration Centre will be equipped with state-of-the-art technology and hearing facilities, which will be available to all parties seeking to resolve their disputes through arbitration or mediation. The centre will also provide best in-class training in dispute resolution services. The centre, which is expected to be fully operational by the first quarter of 2018, will be based in Al Maqam Tower on Al Maryah Island.

The ICC Court is the leading arbitral institution, with a long-standing and highly respected reputation as the benchmark for international dispute resolution. It has administered disputes in a total of 23,000 international commercial, business and investment arbitration cases since 1923, and is widely used in international transactions in the Middle East.

The ICC Court’s representative office is expected to become operational by January 2018. The local staff will in due course be able to accept the registration of arbitration cases under the ICC Rules, which will then be administered by one of the ICC Court Secretariat’s existing case management teams.

ADGM stands out as a leader in the MENA region with its modern, pro-arbitration framework that has been modelled on the UNCITRAL Model Law. ADGM has made contemporary modifications and enhancements to the UNCITRAL Model Law to ensure it is a seat that reflects best international arbitration practice and to accommodate the needs of users in the MENA region.

H.E. Sultan Al Badi, UAE Minister of Justice, commented: “This is a very positive development for the UAE’s strategy and vision aiming to promote the consolidation of the rule of law, and uphold the country's position as one of the strongest global leaders in international dispute resolution. The opening of this arbitration centre in Abu Dhabi Global Market and the decision of this world-leading arbitral institution to set up its MENA representative office in Abu Dhabi demonstrates the UAE’s significant progress in realising its vision.”

ICC Court President Alexis Mourre said: “Our new representative office in Abu Dhabi is an affirmation of the increasing relevance of international arbitration in the MENA region. It will spread the vast experience of the ICC Court and its Secretariat in matching the needs of arbitration users. We are delighted to work with ADGM in bringing our services closer to our users in the region, in real time and in local language.”

H.E. Ahmed Al Sayegh, Chairman of ADGM said: “I warmly welcome ADGM’s long-term engagement with ICC, a highly regarded global leader in arbitration. These significant developments underscore ADGM’s commitment to having a strong global presence in dispute resolution that accords with the outstanding services expected of a leading international financial centre. I look forward to our working with ICC in the continued successful expansion of its business.”

Salem Al Darei, Chief Legal Counsel at ADNOC, commented: “The establishment of the ICC International Court of Arbitration, in ADGM, will not only bring one of the world’s leading arbitration centres to Abu Dhabi, but also establish the UAE as a regional centre of excellence in arbitration. It will help drive further interest in arbitration as a means of settling commercial disputes and increase business confidence, as Abu Dhabi continues to develop into a successful international commercial and investment hub.”

Alex Bevan, partner in Shearman & Sterling’s International Arbitration Group and head of the firm’s Abu Dhabi office, said: “This is a great development. ADGM has shown real leadership in the arbitration field, first by passing a progressive and modern arbitration law and now by setting up an Arbitration Centre and attracting a major global arbitration institution like the ICC to establish its regional presence here. In ADGM, users of arbitration in the region now have the option of a top-quality arbitration venue.”

Essam Al Tamimi, Senior Partner at Al Tamimi & Company, commented: “The establishment of the ADGM Arbitration Centre, as well as the establishment of the ICC representative office, constitute a tremendous vote of confidence in the UAE as a leading seat for international arbitration in the region and also globally. The expected and timely enactment of a UAE Federal Law on Arbitration later this year will only further bolster the position of the UAE in this respect.”

Thomas Snider, Partner and Head of Arbitration at Al Tamimi & Company, added: “The ADGM announcement could not be more timely. Based on client feedback, we believe there will be significant market demand for an international arbitration centre in Abu Dhabi. We applaud ADGM on taking the initiative to establish the Centre and welcome the ICC’s establishment of a representative office here in the UAE, both of which will strengthen the UAE’s international arbitration infrastructure.”

James Abbott, Partner, Head of Middle East Dispute Resolution, Clifford Chance LLP, said: “The announcement of the ADGM Arbitration Centre and the ICC Representative office is a great initiative both for the ADGM and for the UAE and the international arbitration community generally. It will enhance the ability of Abu Dhabi and the UAE to attract greater Foreign Direct Investment and will give both domestic and international arbitration users further choice in their arbitration and dispute resolution options in the UAE.”

ADGM and ICC will be hosting a by-invitation-only event in September 2017 to mark this agreement. Further details about this event will be provided shortly. You may express your interest to attend this event via email to adgmcourtsenquiry@adgm.com