Abu Dhabi Global Market (“ADGM”), the international financial centre in Abu Dhabi, today announced the appointments of Thomas Hirschi as Executive Director of Banking and Insurance and Philippe Richard as the Director of International Affairs under the Financial Services Regulatory Authority (“FSRA”). 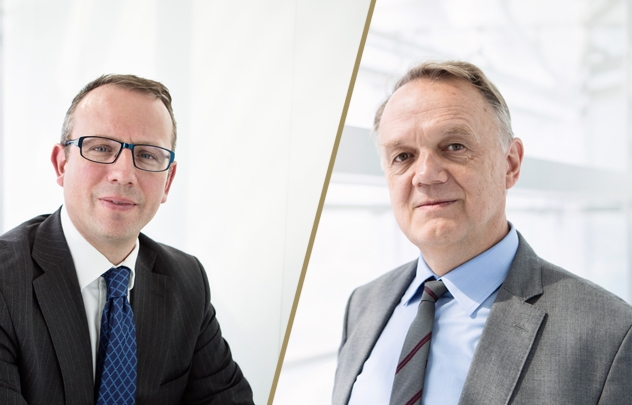 Commenting on both appointments, Richard Teng, CEO of the Financial Services Regulatory Authority of ADGM said: “We welcome Thomas and Philippe to Abu Dhabi Global Market and adding them to our bench strength, reinforcing our regulatory and supervisory team. Both of them are well-respected and highly-recognised industry professionals for their extensive global experience. Together, we play our part in fortifying ADGM’s position as an international financial centre and fulfilling our mandate as a world-class financial services regulator. ”

Prior to joining ADGM’s FSRA, Thomas was with the Swiss Financial Market Supervisory Authority FINMA holding several senior positions since 2004. From 2014, he was the Head of Risk Management (Department of Banks). In this role, he was also responsible for the continued implementation of Basel III in Switzerland. Prior to that, he was the Head of Supervision of retail and commercial banks (2011-2013), as well as the Key Account Manager for a large Swiss Bank (2009-2010). Thomas was seconded to the Federal Reserve Bank of New York for a period of 9 months in 2007/2008. Prior to joining FINMA, he was part of the Business Risk Management team at J.P Morgan Chase in Geneva. He holds Masters degrees in International Relations and European Studies from the universities of Geneva and Vienna, respectively.

Prior to joining ADGM’s FSRA, Philippe was the Director of the International Affairs Department at the French Autorité de Contrôle Prudentiel et de Résolution (ACPR) overseeing all matters related to prudential and accounting regulations in the banking and insurance sectors. He was a member of the Advisory Board of the United Arab Emirates Securities and Commodities Authority between 2008 and 2009. From 2001 to 2008, he was the Secretary General of the International Organization of Securities Commissions (IOSCO). During his tenure at IOSCO, Philippe was actively involved in the development of the Multilateral Agreement for the exchange of information and in the implementation of the IOSCO Principles. In his earlier career, Philippe was also a Personal Assistant to Jacques de Larosière, the President of the European Bank for Reconstruction and Development (EBRD) from 1993 to 1997.